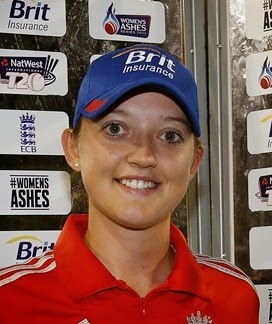 After Danielle Wyatt and Katherine Brunt‘s tweets on Virat Kohli, another player from the English women’s cricket team was tweeting to an Indian cricketer. This time it was England‘s wicket-keeper Sarah Taylor who was tweeting Indian all-rounder Ravindra Jadeja.
It seems that Sarah Taylor was replying to direct messages from Jadeja. As the left-arm spinner doesn’t follow her, Taylor couldn’t reply to him via DM and hence had to tweet to him.
On the other hand, it could also be a prank played by Taylor on Jadeja.
Taylor has played 6 Tests, 88 ODIs and 64 T20Is for England.
Here are the tweets:

@imjadeja; ha that was in response to the second part of your message!
— Sarah Taylor (@Sarah_Taylor30) April 6, 2014

No comments:
Email ThisBlogThis!Share to TwitterShare to FacebookShare to Pinterest 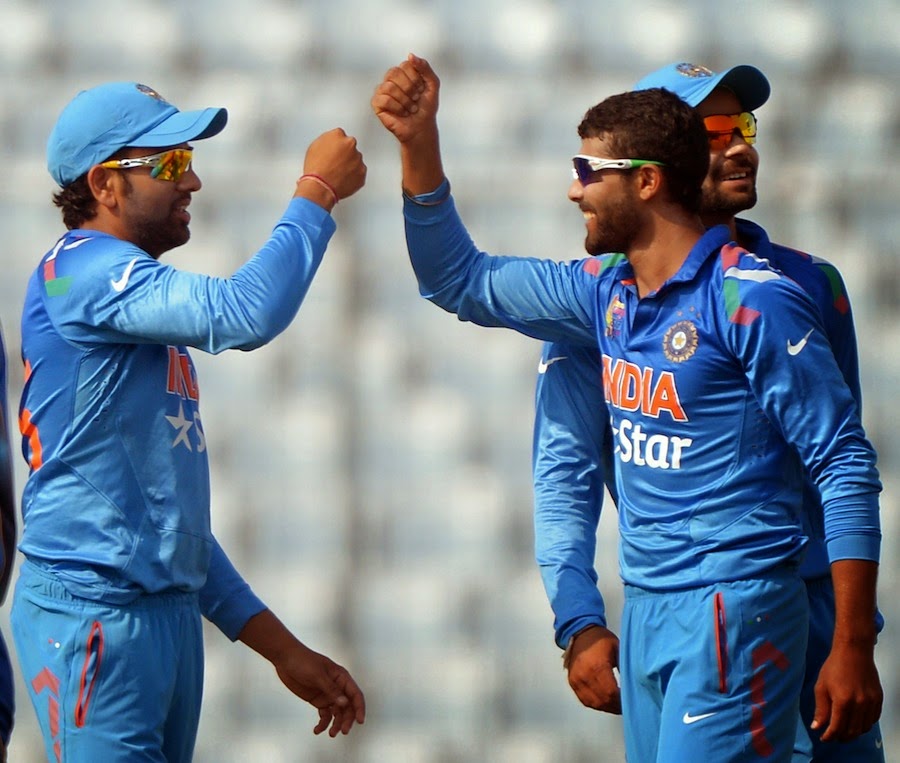 What changes do you see since that inaugural World T20 victory as a young captain in 2007? “Well, I see a lot more media out here then what it was back then,” Dhoni replied with a smile.
“No one took the tournament seriously back then. It was one group going from England to South Africa while another group came from India. T20 was discussed in a joking way. They would mic-up the players (set with microphones). There was bowl-out then. We practiced a lot of bowl-outs and had fun. We won against Pakistan in a bowl out,” Dhoni fondly recollected.
Talking about the time that had elapsed, Dhoni said he could see a lot of changes happening.
“Now when I look at the mirror, I can see a lot of grey beard!,” he said.
“A lot has indeed changed as the game has become much more intense nowadays. The batsmen are trying to play all those innovative shots.”
Asked about the pressure of expectations and Dhoni said it’s the same whether it’s one person who is expecting or a billion people.
“It’s like having 100 kg put over you. That’s good enough to weigh you down. After that even if you put a mountain, it will not make a difference,” Dhoni said as the media contingent had a good laugh.
Cricket is a game of numbers but the Indian captain really does not like every effort or performance to be judged statistically.
“Judging every performance with statistics is a difficult thing to do,” Dhoni said referring to Ravindra Jadeja’s performance in the ongoing World Cup.
While the Saurashtra all-rounder has picked up wickets, he has also been hit for runs.
“Look everybody gets hit. It depends on the kind of shots that the batsman is playing. If it’s a rash shot that goes for boundary, then the bowler is not doing a bad job. But if you have to judge, whether it is a bad delivery or a good shot. That’s what I try to analyse standing behind the stumps,” Dhoni explained.
No comments:
Email ThisBlogThis!Share to TwitterShare to FacebookShare to Pinterest

INDIA into the semis 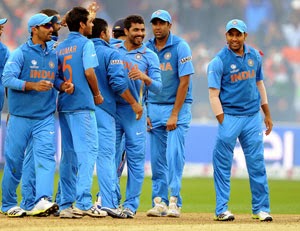 India go into the semis as the only team to have won all their group matches.
There is yet another similarity. India went into the Champions Trophy with the dark clouds of the IPL spot fixing scandal hovering over their heads. India came into this edition of the World T20, with those same clouds reappearing and shoving their murky face again. Add to that, the continued abomination with spate of overseas losses since December and failure in the Asia Cup, Indian cricket was ailing and pretty close to being bedridden, on and off the cricket field.
But, as often happens in Indian cricket, they have sprung quite a surprise, an extremely pleasant one for its fans, and an undesirable one for the opponents. What has been more surprising is that the performance has not been a product of the Kohli effect and the daunting batting lineup. It has been due to the much criticized, greatly mocked, majorly “impotent”, Indian bowling attack. Bhuvneshwar Kumar and Mohammad Shami along with the spin triplets of Ravindra Jadeja, Ravichandran Ashwin and Amit Mishra, have choked and strangulated their opposition into submission.
In a tournament where every team has conceded more than 160 at least once, India have restricted their oppositions to scores of 130, 129, 138 and 86 in their four outings. Bhuvneshwar has been the most economical bowler among all those who have bowled a minimum of 10 overs in the competition. He has ensured that the opposition hasn’t got away with big runs in the powerplay overs. Shami has been expensive, but a steady and dependable pacer.
Jadeja has been slightly more expensive than his usual self, but has picked up wickets regularly, never spoiling the broth. He has ably supported his fellow spinners in the middle and death overs.
India’s batting was hardly tested in the first 3 matches, with Rohit, Kohli and Raina filling in their sacks with some easy runs under not much pressure.
No comments:
Email ThisBlogThis!Share to TwitterShare to FacebookShare to Pinterest 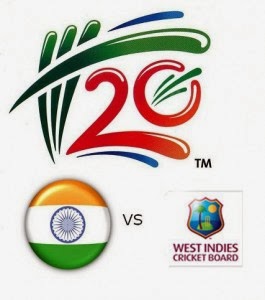 After a thumping win over Pakistan, Indian spinners will now have to brace up for the ever-dangerous Chris Gayle when the team squares off against defending champion West Indies in its second match of the ICC World Twenty20 Championships here tomorrow.

A victory against Pakistan was just the kind of shot in the arm that was required before facing a team that has world's most devastating T20 batsman in Gayle. While a rampaging Gayle can take away the game at any point of time with his blazing bat, the Indian spin trio of Ravichandran Ashwin, Amit Mishra and Ravindra Jadeja will definitely pose a few problems for the 'Jamaican Marauder'.

Gayle has minimum footwork as he believes in stand and hit technique. With Ashwin successfully employing a round the wicket technique to bottle up batsman and Mishra inviting him to come out by flighting his deliveries, it will be a challenge for Gayle to devise a counter strategy. While spinners will hold the key, Dhoni would also expect that Bhuvneshwar Kumar and Mohammed Shami don't bowl length balls to Gayle as it has a chance of consistently landing in the stands.


However, Indian bowlers will also have to deal with an attacking batsman like Dwayne Smith, who has the ability to hit over the in-field consistently during Powerplay overs. Dwayne Bravo and Marlon Samuels are also capable enough to destroy any bowling attack on their day.Let wait and see.


An all-round performance by India ensured a comprehensive seven-wicket victory over their archrivals Pakistan in Mirpur, once again denying their neighbours a victory in World Cups.
Ravindra Jadeja broke the partnership in his first over of the match. Hafeez was done in by the extra bounce on the track and skied it. Bhuvneshwar Kumar took a sharp catch at deep cover.
A strong batting performance and a steady show from the bowlers saw India maintain their unbeaten status in World Cups against Pakistan in their first match of the ICC World T20 at the Sher-e-Bangla National Cricket Stadium in Mirpur on Friday.
Read more »
No comments:
Email ThisBlogThis!Share to TwitterShare to FacebookShare to Pinterest
Older Posts Home
Subscribe to: Posts (Atom)